Here are just some of the many people we could gather together from the protest Tuesday, August 23, 2002. 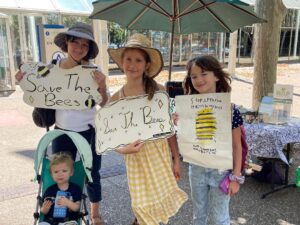 It is NOT reasonable to fog with poison 4.1 square MILES each time there is a single positive find of a mosquito.   Vector Control can no longer use the excuse that they are killing mosquitoes carrying the West Nile Virus. They have failed to show even a consistent two-day mosquito reduction. Furthermore, Vector Control has not even studied the environment to understand that they are killing the very predators that control mosquitoes and their larva.  There is evidence that there is a correlation between the pesticides that Vector Control uses and countless dead bees, butterflies, birds, frogs, mosquito eaters, dragonflies, damselflies, and other primary predators of mosquitoes. Vector Control claims the pesticides they use are safe for bees, yet bees were found dead the day after fogging (spraying). According to Columbia Food Labs, the results showed the dead bees contained Zenivex E4. 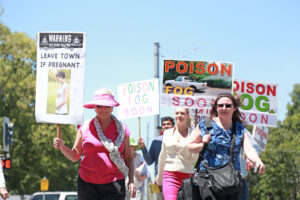 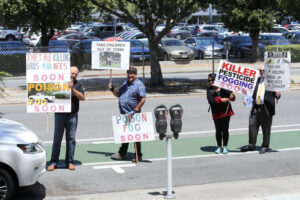 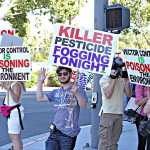 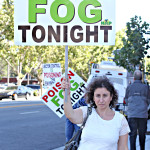 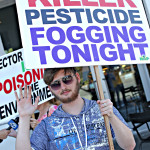 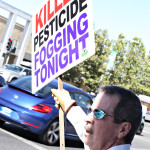 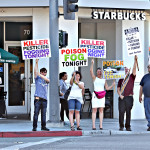 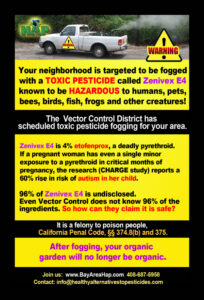 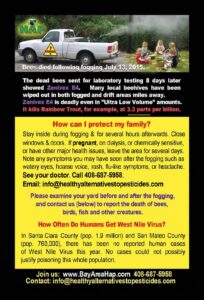